Why Are There Gargoyles on Buildings?

Lining the roof edges of some of our oldest buildings, you need only look up to find a glimpse of gargoyles; stone monsters glaring down from on high. Conservation of your facades, stonework and yes, even gargoyles, is important – protecting our most impressive and treasured structures.

But what is a gargoyle? What are the origins of these – sometimes – terrifying additions clinging to the corners and lips of buildings? This month, we journey back in time to find out the original purpose of the beasts you pass on a daily basis but perhaps never give a great deal of thought to. 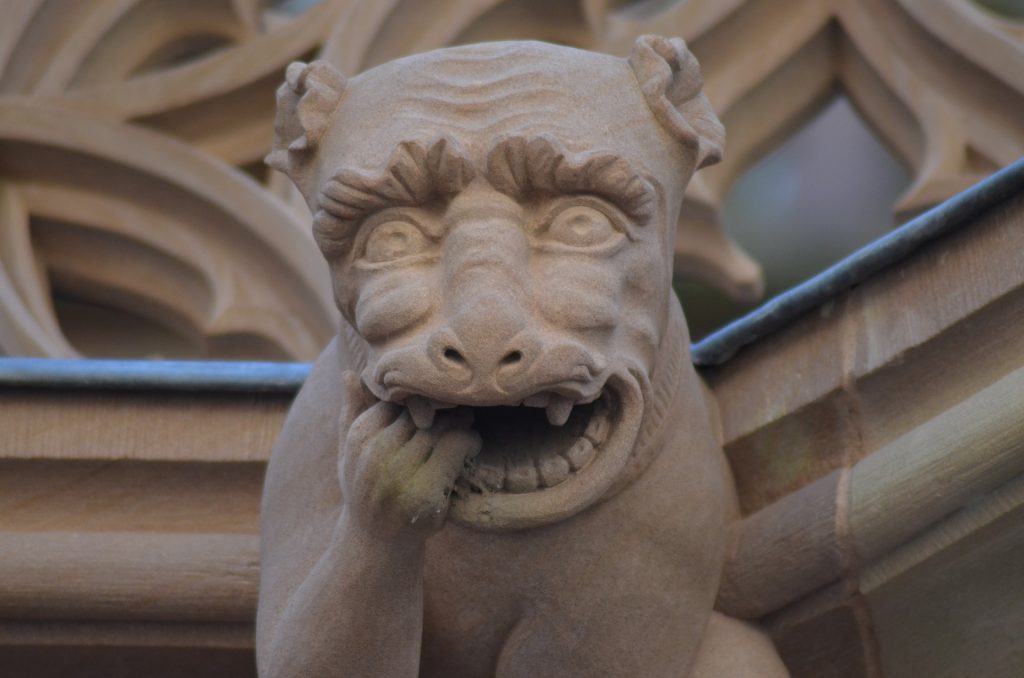 What is a gargoyle?

A crack of lightning, you look up into the rain and see a heavy face protruding from a building. An animal? A human? No, it’s a grotesque beast, crafted from stone dating back to medieval times. The name “gargoyle” has its origins in French and Latin and is related to the throat or gullet (think “gargling”), presumably because of the purpose of gargoyles being used as spouts to divert rainwater.

Usually unnerving in their design, a gargoyle can be a gurning, twisted face, or a creature with claws gripping the building. Wings, teeth, claws, distorted animals and beings – there are many variants and they’ve even been popularised in modern fiction, cropping up in comic books and children’s movies.

A staple of medieval architecture across Europe, there is evidence of similar work on structures across the world, including Egypt and China, though their gargoyles may not have served the same purpose or represented the same thing. 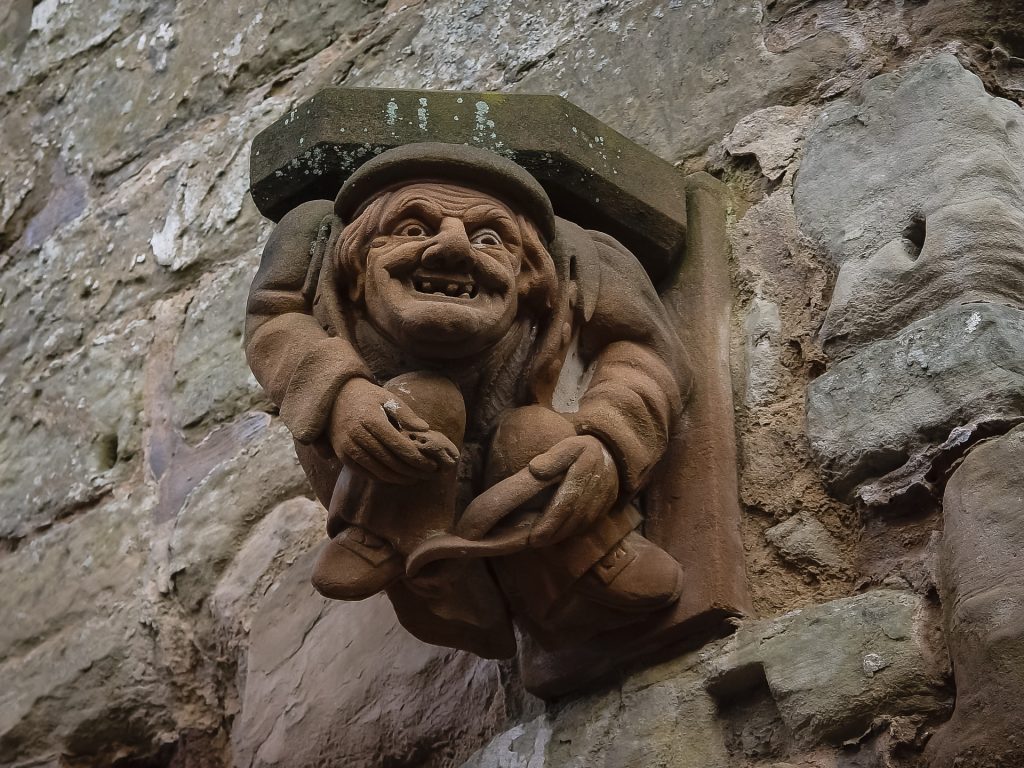 What do gargoyles represent?

Driven by a haunting belief that evil was all around, gargoyles are meant to ward off evil and also to remind people of sin, keeping any who didn’t respond to religious literature in line. These warnings, it was hoped, would frighten the every-man so that he would not stray or be lured by the devil. Ultimately, they should represent a need to be good and resist darker temptations.

Since some gargoyles aren’t as demonic as others – some, in fact, smile – it is thought that they might also have been for entertainment purposes at times. Beyond this, however, they represent a certain dedication to craftsmanship not seen in modern design. Sculpted by hand, they vary in quality, but when done well they can be the crowning glory of a building. 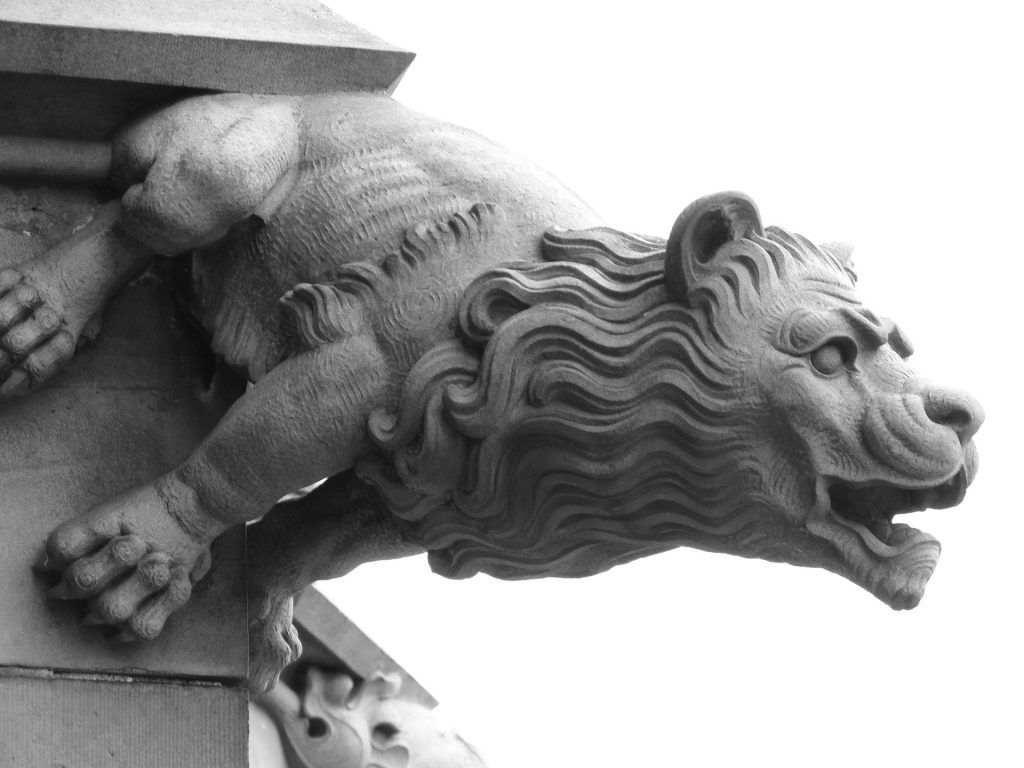 Do gargoyles serve a practical purpose?

Many gargoyles still remain and despite their demonic demeanour, they did actually serve a physical purpose at one point: to divert rainwater away from the building. Acting as a spout, many gargoyles not only served as a symbolic reminder but as a way of protecting a building, much in the same way modern guttering does. This prevented rainwater cascading down the stone wall and eroding the structure.

Often designed so that the mouth of the fantastical beast will send water out and away from the building, this also ties back to the meaning of the name gargoyle as mentioned above. However, some gargoyles may be there for the purely decorative effect these days.

There are several notable locations featuring gargoyles, so whether you’re passing by any of these buildings or you’re planning to go hunting for these fantastical creatures, here are some to keep an eye out for:

Looking to protect, restore or repair some of the more ornate stone portions of your building? At J Radford Group we’re one of the leading experts for brickwork and stone cleaning in London and Hertfordshire, helping to preserve buildings for the future – we’ve worked on prestigious buildings such as the V&A Museum and the Tower of London.
Contact us today for more details or to discuss your requirements.

This entry was posted in Building Conservation, Stone. Bookmark the permalink. ← The Benefits of Dustless Blast Cleaning