Contact Us »
← Broken Window Theory and the Problem of Graffiti Shot Blasting & Sandblasting: What’s the Difference Between Them? →

Graffiti Vandalism; The Rise of Criminal Damage to Property in London 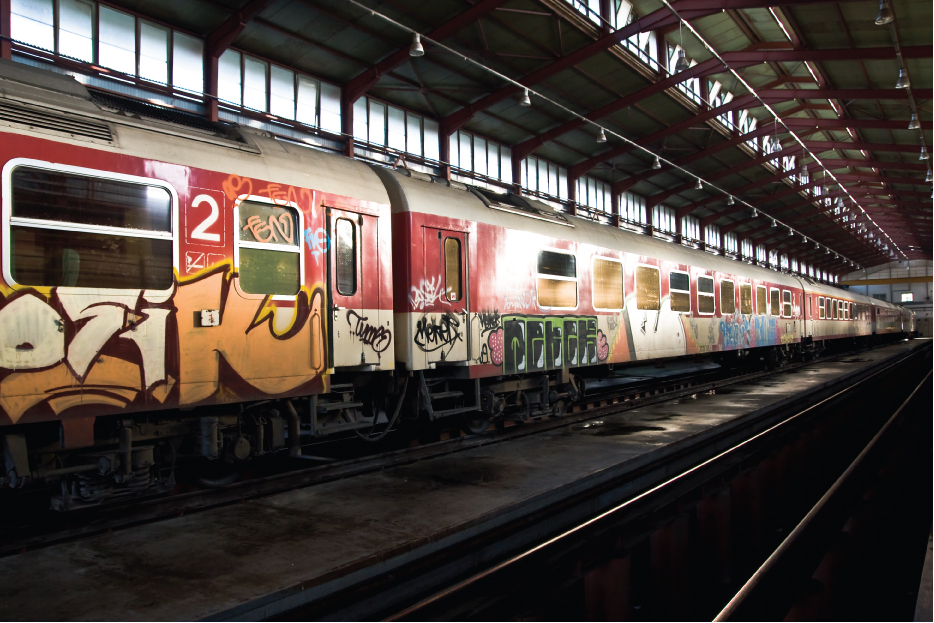 The debate between graffiti as art or vandalism has been running rampant for decades. It wasn’t until the lead up to the 2012 Olympics, however, that police around the UK decided to side firmly with the latter. They began clamping down on graffiti artists for causing ‘criminal damage’ and handed out lengthy prison sentences to those who chose to commit the acts of vandalism. But has graffiti started to reemerge? And what could be the cause of a sudden graffiti outbreak in Britain? These are some of the questions we’ll be exploring in this article.

The Oxford English Dictionary defines vandalism as “Action involving deliberate destruction of or damage to public or private property.” Many instances of graffiti have satisfied this definition. Earlier this year, four men were arrested for defacing a train with graffiti. The act has caused damage to the trains estimated to cost £160,000 to repair, a sum that will likely need to be paid by the council and could have been spent on improving public services elsewhere.

Is graffiti on the rise?

The lead up to the 2012 Olympics saw a decrease in graffiti across London as police began to clamp down on offenders and hand out harsher punishments. But the decline only lasted so long, and the resurfacing of graffiti in the capital is sparking fears of an epidemic. Train stations have become a particularly targeted area. Figures showed that the first quarter of 2018 saw 399 graffiti attacks on trains, the highest quarterly figure since the first quarter of 2010. Additionally, the same quarter saw a total of 982 graffiti attacks on trains, stations, lines, depots and footbridges combined, the highest quarterly figure since 2013.

Why is graffiti back on the rise?

There are various suggestions for why graffiti may have sprung back into popularity. A leading reason is the concurrent rise of social media, most notably: Instagram. Instagram is a platform that enables offenders to share their ‘work’ with the world in an attempt to gain prompt notoriety. People will spray graffiti on public property and upload photos (or wait for passersby to upload photos) in a vain attempt to obtain exposure and likes. Such a platform, where plaudits are quantifiable and transparent, breeds competition and ‘one-upmanship’ between budding graffiti artists. Many Instagram accounts are dedicated entirely to documenting the vandalism of public property with graffiti, many of which compete to target the riskiest areas or cause the most damage.

What can be done?

Abrasive blasting is the most effective method for removing graffiti. The cleaning operation shoots small abrasives at the surface layer of a wall, essentially chipping away at the graffiti and bringing the cleaner layer underneath to the surface. Various abrasives can be used depending on the surface involved and an anti-graffiti coating can be administered afterwards to prevent future reoffending. This entire process can be undertaken by a team of professionals who specialise in graffiti removal and prevention.

J Radford offer anti-graffiti services among a range of blast cleaning services, including shot blasting, to customers throughout London and Hertfordshire. We’ve delivered these services to a number of high profile clients and have built a reputation of high-rate services at competitive prices. To keep your houses, train stations and streets clean from unsightly graffiti, and to prevent future criminal damage to property, contact us online or give our team a call.

This entry was posted in News. Bookmark the permalink. ← Broken Window Theory and the Problem of Graffiti Shot Blasting & Sandblasting: What’s the Difference Between Them? →